Written by Krista Nicewarner
Updated over a week ago

This release contains updates that will simplify and improve your workflow when viewing and disputing claims.

Prior to this update, the Deductions page has always displayed a row for every single Claim Line for your company. While this level of granularity is helpful when reporting on things like item-level deductions, it isn’t as helpful when it comes time to dispute a claim, since Walmart expects a single dispute for all claim lines that share a claim code.

This update was purely a front-end change, meaning that there is no change to the underlying data, just a change in how we display that data. That means the back-end will continue to store data at the most granular level so we can still provide item-level insights, but in your view within the app we will now be grouping claim lines that share a claim code for each claim. This allows you to easily submit a single dispute for all grouped codes (e.g. code 24’s), under a specific claim.

For example, previously you would have seen two records for these two code 24 claim lines for claim number #555555555510480, like the screenshot below: 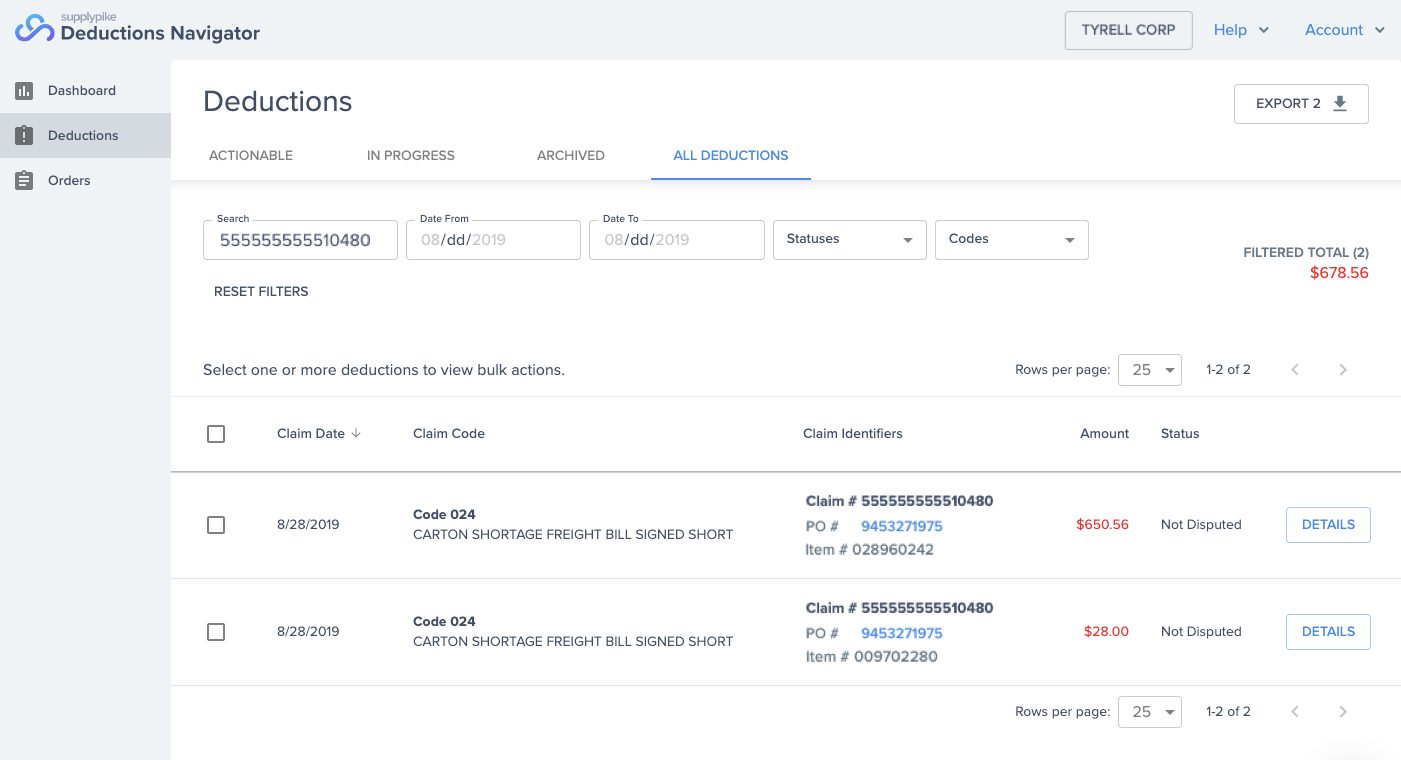 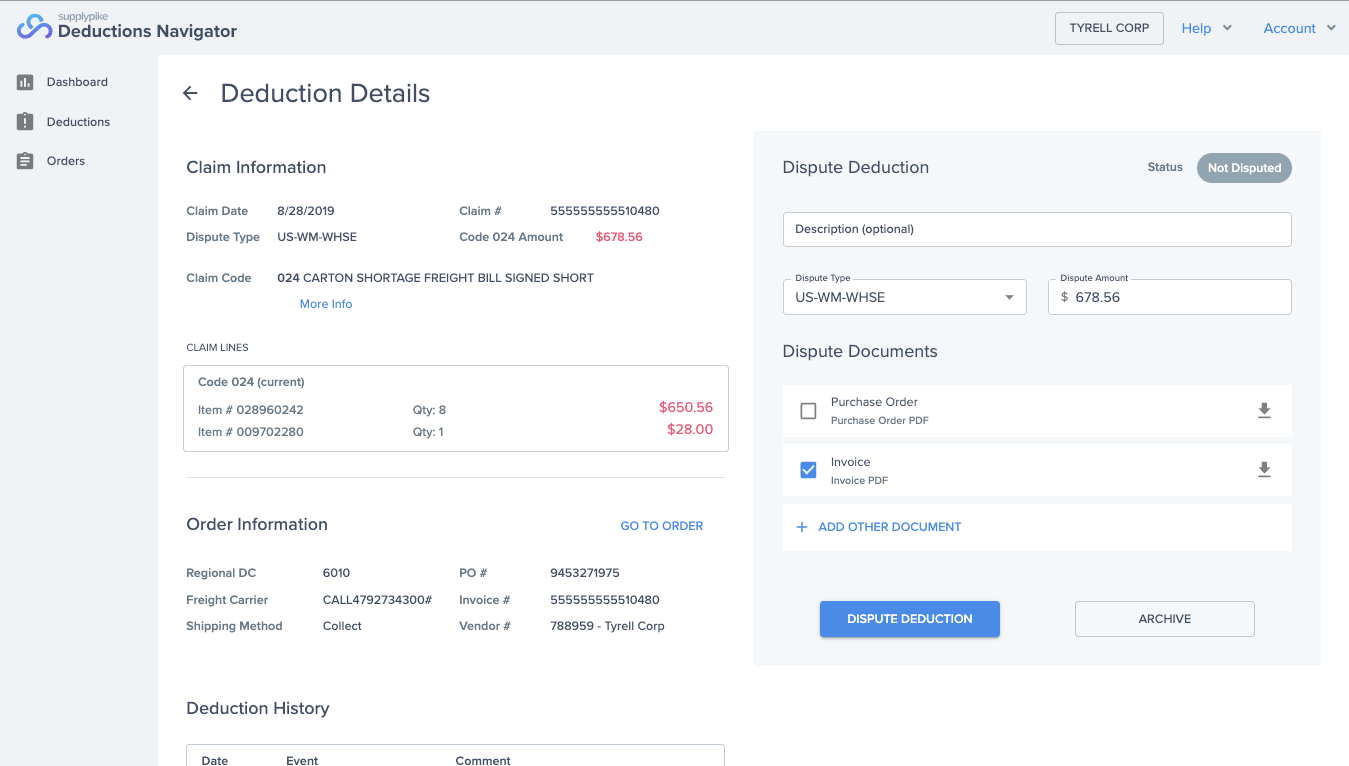 There is also a slight change to a few metrics on your dashboard, since previously we treated each individual claim line as a record when totaling up counts. Due to this, a few of your counts may be lower since what was previously counted as multiple records is now rolled into a single record with multiple claim lines.

FInally, there is a change in the total dollars for certain statuses, since previously some claim lines under a claim could have shown as “not disputed” even though a dispute for that claim had already been submitted under a different line.

If you have questions or feedback on these changes, please chat with us!

Did this answer your question?